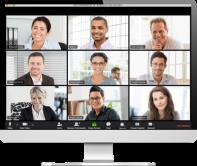 So many parts of our lives have changed in recent weeks. Social distancing has caused us to learn to alter our typical behavior and activities. Today, instead of going out to eat we, opt for curbside pickup. Instead of having a family get together, we see what others are doing through social media. And instead […]

Recently, the Boston Globe reported that the Massachusetts Supreme Judicial Court handed down a major ruling affecting the future inheritance rights of families, and in this case specifically, blended families. In a unanimous decision, the court ruled that spouses are entitled to one-third of their deceased spouses’ estate – effectively cancelling out the late spouse’s […]

Let’s admit it, most people view estate planning as something to be done by older people. Since it revolves around death, the stereotype is that you have to be old to have an estate plan. This is simply not true. Death is one of the top uncertainties in life and having a plan for your […] 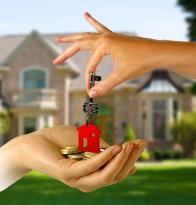 Some people like to think they know everything, and that often applies to estate planning. The problem is, they don’t learn from their mistakes – their heirs do! By working with an estate planning attorney, you can avoid making these mistakes and spare your family the stress and expense. The Hockessin (DE) Community News reports […]

The Senior Safe Act Makes its Way through the House

Working to protect seniors from losing their retirement savings The H.R. 2255 legislation, now passed, will reform regulation of credit unions, community banks, and small regional banks. The Senior Safe Act is part of this large bill. It is designed to improve the abilities of companies to work with regulators to protect the elderly, as […]

Why You Should Consider Long-Term Care Insurance!

How Do-It-Yourselfers Create Big Headaches for their Families

The problem with estate mistakes is: (a) they can be expensive, and, (b) there’s usually no do-over. We prefer to think of ourselves as having fairly simple and straight-forward lives. That’s why many people think that they can create their own estate plan. The problem is, most people don’t learn what kind of mistakes they’ve […]

Why You Need a Health Care Proxy 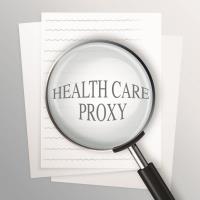 If you think the only reason to have an estate plan is so that your heirs can inherit your assets, think again. Estate planning includes preparing for medical emergencies, as discussed in a recent article appearing in twincities.com, “Your Money: Medical power of attorney: the missing piece of too many estate plans.” Preparing for medical […]

Planning for Loved Ones with Dementia or Alzheimer’s

Many of our clients want to know if and how they can safely gift money to their children and grandchildren. What do they need to know about gift tax? What about the Medicaid 5-year lookback period?  Many people know that there is a certain amount that they are “allowed” to gift each year without it […]